We are excited to announce that the Chapter Pack 1 puzzle hidden in Final Strike has been solved, unlocking a bonus card in the upcoming Chapter Pack 2, and changing the direction of Don Horn’s story. 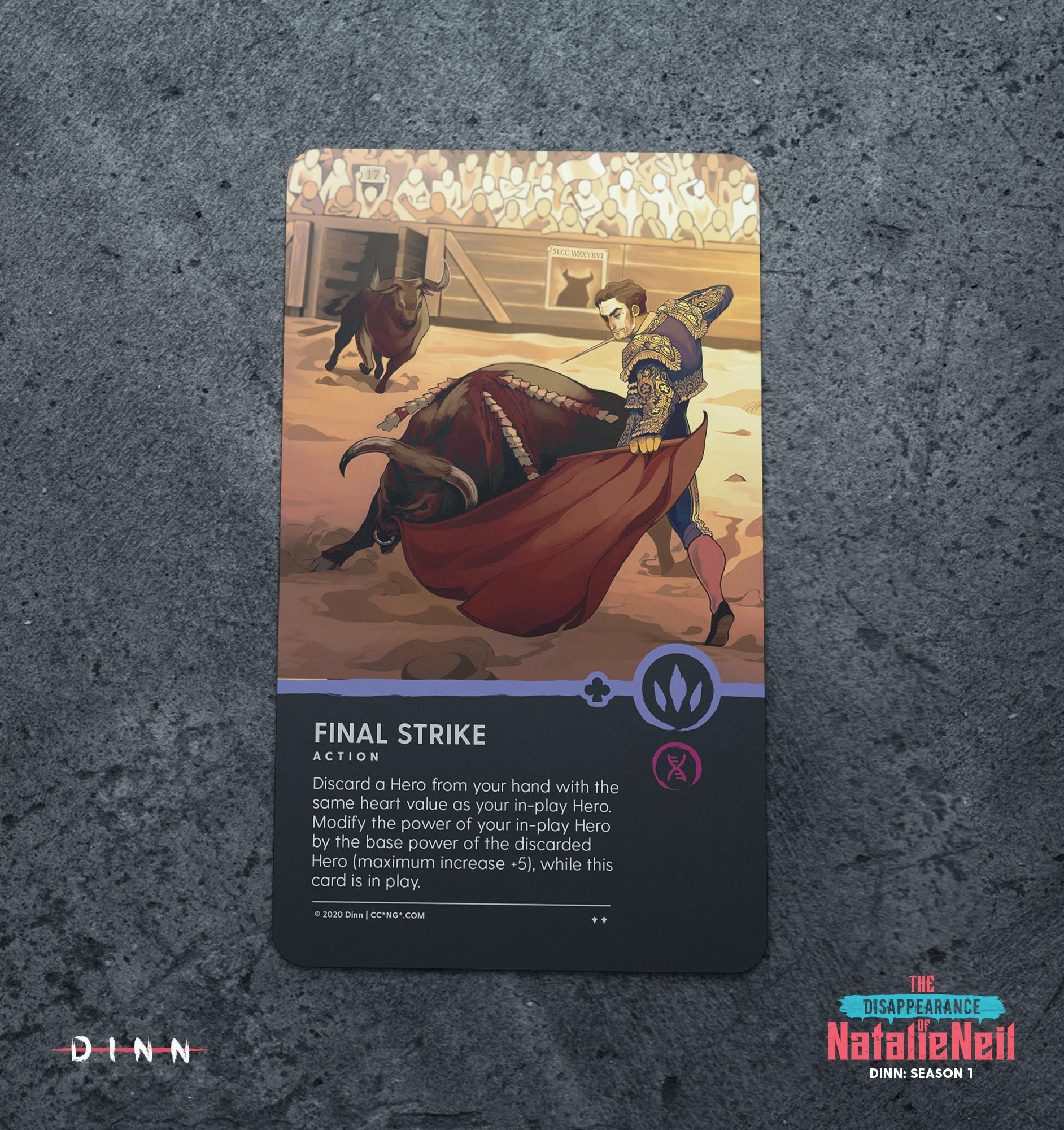 Design Direction: Final Strike depicts a matador in a duel with a bull. Unbeknownst to him, another bull has broken free and is charging from behind. Whose final strike will land first?

Final Strike is an illustration based caesar cipher. The illustration depicts a poster with a series of characters behind the primary subject of the card. Additionally, a member of the audience is holding up a sign depicting the number “17”. Applying a Caesar cipher with a shift of 17 to the characters depicted on the poster presents players with “BULL FIGHTER”.

Completing the URL by using the decoded characters results in the following URL:

Following this URL will send players to a website that hosts an image that contains the URL of the puzzle completion form.

Subscribe to Dinn to receive regular updates of the status of the game, and news about its release.

We're excited to begin building a community around Dinn. Sharing your email address with us will help us stay in touch with you about Dinn's progress.